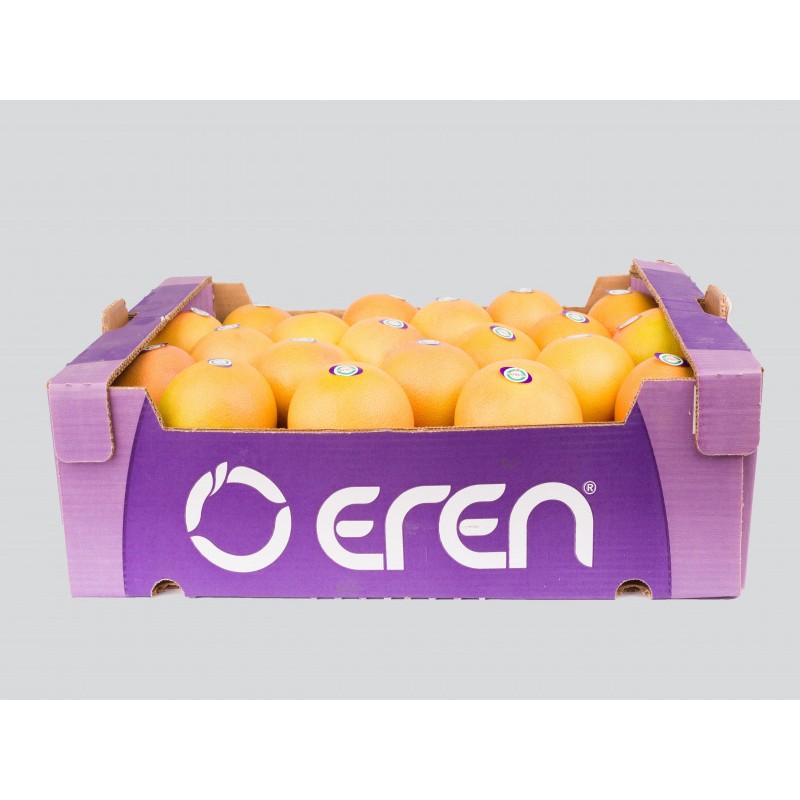 Compared to other grapefruit varieties, Star Ruby is more difficult to grow well.  It has exhibited greater susceptibility to phytophthora, nutrient deficiencies, cold temperatures, and pest problems.  It does not appear to grow as vigorously as other grapefruit varieties, and the fruit is often smaller.  Nevertheless, when grown well, Star Ruby produces attractive red-blushed fruits with a smooth yellow rind.  The flesh is very darkly-pigmented, juicy, and low-seeded or seedless.  Star Ruby’s season of maturity is mid to late-season, and the fruit holds well on the tree with some loss of flesh color as the season progresses. Once the Starruby season is over the Ruby Red variety continues for a little while. Both varieties are very close to each other and usually the grapefruit buyer/user does not differentiate between them.

Star Ruby was developed at Texas A&I University in 1959 from an irradiated Hudson grapefruit. It was introduced as a commercial variety in 1971.Rich in dietary insoluble fiber pectin.Boosts Metabolism Very good levels of vitamin-A (provides about 1150 IU per 100g) and flavonoid antioxidants (naringenin, and naringin).Moderate source of lycopene, beta-carotene, xanthin and lutein Excellent source of antioxidant vitamin-C; providing about 52% of DRI.Star Ruby is the most pigmented of the red grapefruit varieties with stunningly beautiful pink-red segments. It has a high juice content and is as sweet as, if not sweeter than, Marsh Seedless. Star Ruby is a high quality, almost seedless variety with a red-blushed peel which is as thin as Flame and thinner than Rio Red.Star Ruby has proved to be quite difficult to grow is some citrus areas, being slightly more susceptible to some diseases, nutritional deficiencies and cold temperatures.Names: Star Ruby & Ruby Red; Sunrise (Israel); Citrus paradisi Macfadyen. Grown in: South Africa, Swaziland, Mozambique, Israel, Spain and Turkey.